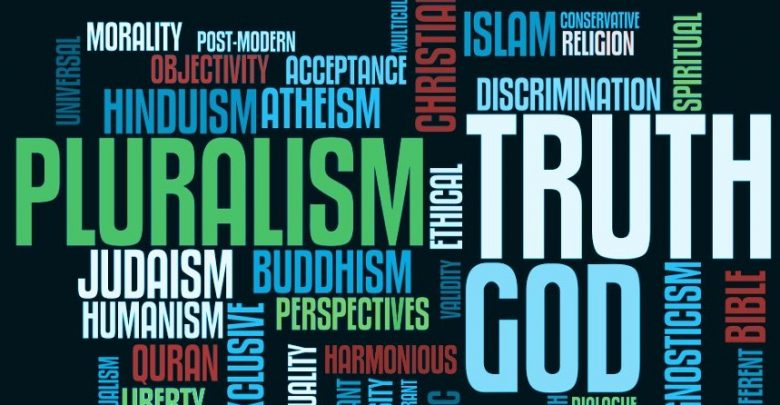 Muhammad ibn ‘Abd Allah was a Prophet. He was a Messenger of God. He was the Seal of the Prophets. This is something agreed upon by all Muslims: La ilaha illa Allah / Muhammadan Rasul Allah: there is no god but Allah and Muhammad is the Messenger of Allah.

Muhammad ibn ‘Abd Allah was a nabi or a prophet, namely, a person sent to preach the Word of God; a person who was following in the footsteps of his prophetic predecessors. He did not preach a new religion; he preached the primordial religion, Islam, submission and surrender to the One and Only God, the Creator and Sustainer of the Universe. Muhammad ibn ‘Abd Allah was also a rasul or a messenger, namely, a person who was sent with a scripture, a book from God, a revelation, and a code of law. He came forth, not only with ‘aqidah or beliefs but with shari‘ah or law, a comprehensive social, political, and economic system. Islam is a complete way of life. Unlike the prophets and messengers who preceded him and unlike the founders of other faith traditions, which focus on governing themselves, Muhammad, the Messenger of Allah, also focused on how Muslims should interact with others. If one reads the Old Testament, and one study the Halakha, one sees that that Jewish Law was concerning primarily with regulating the lives of Jewish people.

If one reads the New Testament, and studies Canon Law, one sees that Christian law was concerned primarily with regulating the lives of Christian people. There is little in the Judeo-Christian tradition regarding the rights of non-Jews and non-Christians. There is little with regards to the manner we should treat different faith communities.

For many religions, both Eastern and Western, it was pretty much: “Follow my way or I will send you on the highway to Hell.” Although the belief system and code of conduct of believers was clearly delineated, the rights of unbelievers were often reduced to the right to die. In many cases, it boiled down to “Convert the unbelievers or kill them all.”

Islam, however, came to the scene with an entirely novel and unique approach: pluralism. Unlike many other religions that insisted that salvation was for them and them alone, Islam insisted that salvation was within the reach of all righteous monotheists. So long as one believed in God, and one did good deeds and avoided evil deeds, one had hope in the mercy of Almighty God. As Almighty Allah, says in the Holy Qur’an:

Surely those who believe, and those who are Jews, and the Christians, and the Sabians, whoever believes in Allah and the Last day and does good, they shall have their reward from their Lord, and there is no fear for them, nor shall they grieve. (2:63)

As Mustafa Akyol, the author of The Islamic Jesus, has observed:

The fact that the Qur’an promised salvation to [the Sabians], along with Jews and Christians, reflects a theological liberality in early Islam that most contemporary Muslims would have a hard time to even consider. (68)

I have studied Islam for over three decades. I too was taught that only Muslims were believers and that only Muslims went to Heaven. I was taught that Christians were mushrikin or polytheists. I was taught that the People of the Book were kuffar or infidels who were destined to eternal damnation in Hell. I studied all the so-called Muslim authorities who misrepresented and misinterpreted the Qur’an to suit their intolerant purposes. I read all the so-called “authentic” traditions that extremists use to justify denying non-Muslims basic civil and human rights. I read all the so-called authoritative commentaries of the Qur’an that present an intolerant image of Islam. I can assert, openly, and unabashedly, that the extremist, fundamentalist, exclusivist, absolutist, fascist and supremacist interpretation of Islam is false. It represents a re-invention of Islam. It is not the Islam of the Rightly-Guided Caliphs. It is not the Islam of the Prophet Muhammad. And it most certainly is not the Islam of the Qur’an and the Islam of Almighty Allah.

When the Messenger of Allah established himself in Madinah, he consulted with Jews, Muslims, and polytheists, and created a constitution, the first of its kind in the political history of humanity. Known as the Covenant of Madinah, it placed all citizens on equal footing with equal rights and obligations. The citizens of the city-state of Madinah consisted of Jews and Arab non-Muslims. They numbered in the tens of thousands. Muslims, however were a minority during the early days of Muhammad’s rule: they numbered in the hundreds. Nonetheless, the Prophet proclaimed that they were a ummah wahidah, a single community, a constitutional confederation.

The term mu’minin or believers is used almost a thousand times in the Qur’an. As Mustafa Akyol recognizes, the term “was a broad umbrella that could incorporate all monotheists” (68). In the Constitution of Madinah and in the Covenants of the Prophet, the Messenger of Allah described the People of the Book as mu’minin or believers. And this makes perfect logical sense: anyone who believes in God is a believer. When the Messenger of Allah referred to his followers, those who embraced Islam, he used the term muslimin or Muslims. The Prophet spearheaded a movement of believers and created a Confederation of Believers. The rightly-guided Caliphs used the title Amir al-Mu’minin, Leader of the Believers, not Amir al-Muslimin, Leader of the Muslims. They were the leaders of all the citizens of the Ummah.

As Mustafa Akyol explains, “The existence of different religious traditions on earth is not an aberration but, quite the contrary the very will of God” (102). As we read in the Holy Qur’an,

And we have sent down the Book to you [Muhammad] with truth, confirming and conserving the previous Books. So judge between them by what God has sent down and do not follow their whims and desires deviating from the Truth that has come to you.

We have appointed a law and a practice for every one of you. Had God willed, He would have made you a single community, but He wanted to test you regarding what has come to you. So compete with each other in doing good. And every one of you will return to God and He will inform you regarding the things about which you differed. (5:48)

This is pluralism plain and simple, a condition or system in which various groups, principles, sources of authority or religious traditions co-exist in respect and tolerance. It is pluralism as defined by Diana L. Eck: energetic engagement with diversity; active seeking of understanding across lines of difference; encounter of commitments; and the language of dialogue.

One day, when the Prophet Muhammad was in Madinah, a delegation of Christians visited him from Najran. They debated and discussed religious matters. They agreed on some issues. They disagreed on other issues. When it came time for the Christians to perform their prayers, they excused themselves to leave the mosque. The Prophet Muhammad insisted that they pray in his mosque as it was a place of prayer and a house of God. And so the Christians prayed and celebrated mass in the mosque of the Prophet. This event is meticulously documented in Muslim sources. Not only is it authentic, it is exemplary. It is the very embodiment of Islamic ethics. Compare that to the actions of ISIS.

There are two visions of Islam that confront us today: an Islam of peace, mercy, tolerance, love, equality, and justice; and an Islam of war, cruelty, intolerance, hatred, inequality, and injustice; an Islam of terrorism, bloodshed, violence, misogyny, and bigotry. Forgive me if I have enough sense of decency and humanity to side with the former, True Islam, and repudiate all those who side with the latter which is nothing less than Anti-Islam. Muslims, true Muslims, must agree to disagree, not only with non-Muslims, but with each other. Had Allah willed, He would have made us all the same. He did not decree uniformity by means of barbarity, like ISIS wants to impose, but diversity and plurality under the wings of mercy. As Almighty Allah says in the Holy Qur’an:

O humankind, indeed We have created you from male and female and made you peoples and tribes that you may know one another. Indeed, the most noble of you in the sight of Allah is the most righteous of you. Indeed, Allah is Knowing and Acquainted. (49:13)

The Prophet, peace and blessings be upon him, never converted people by force. As Almighty Allah says in the Holy Qur’an, “There is no compulsion in religion” (2:256). Consequently, the Messenger of Allah invited people to Islam. If they accepted Islam, alhamdulillah, praise be to Allah. If they preferred to keep their religion, masha’ Allah, it was the will of Allah. Perhaps they would come into Islam in the future, insha’ Allah, if it is the will of Allah. The Prophet was perfectly clear on the subject. As he wrote in the Treaty with the Kings of Himyar, cited in the Sirah of Ibn Ishaq:

If a Jew or a Christian becomes a Muslim, he is a believer with his rights and obligations. He who holds fast to his religion, Jew or Christian, is not to be turned from it. (643)

As Abu al-Fath al-Samiri, wrote in the Continuation of his chronicle,

The Prophet of Islam did not cause anyone distress throughout his life. He would present his belief before the people, accepting anyone who came to him, [yet] not compelling one who did not.

According to this 14th century Samaritan scholar, “Muhammad never mistreated any of the followers of the Law.” He also related a tradition transmitted by Samaritan elders that stated that: “Muhammad was a good and mighty person because he made a treaty of friendship with the Hebrew People.”

If the People of the Book did not wish to embrace Islam, Almighty Allah called upon them to follow their scripture firmly. As we read in the Holy Qur’an: “So let the followers of the Gospel judge according to what God has sent down in it” (5:47). This is exactly what the Messenger of Allah did. He judged Jews on basis of the Torah; Christians on the basis of the Gospel; and Muslims on the basis of the Qur’an. And that is precisely what the Rightly-Guided Caliphs did. As Imam ‘Ali, may Allah be pleased with him, said when he assumed the Caliphate: