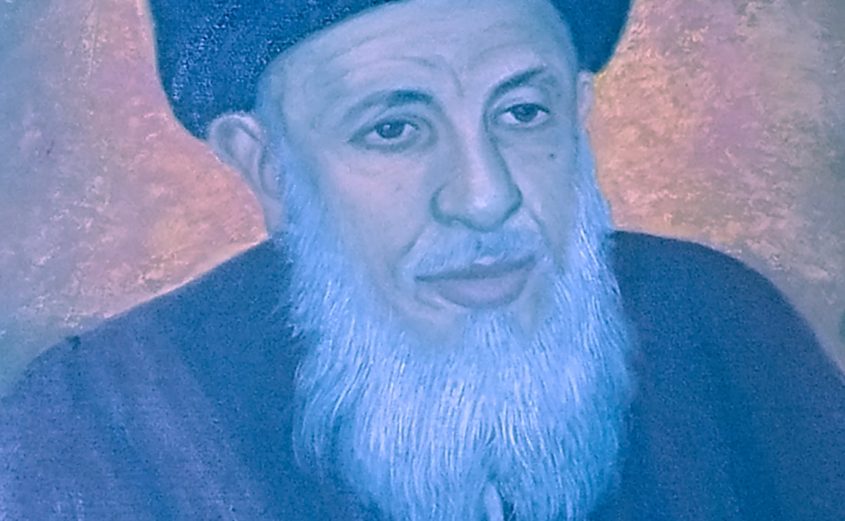 Dr. John Andrew Morrow, the Canadian/American Muslim scholar and leader, who is also known as al-Ustadh al-Duktur Ilyas Islam, met with Ayatullah Muhammad Sa‘id al-Hakim, one of the four Ayatullahs in Iraq, in the holy city of Najaf al-Ashraf, on Monday, November 26, 2018.

Sayyid Salih al-Hakim, the nephew of the Religious Authority, made the initial introductions, after which, the Grand Ayatullah led a small group of intimate associates and advanced scholars and students in congregational prayer.

“Never, in my wildest dreams, could I have imagined that I would pray the noon and afternoon prayers behind Grand Ayatullah Sayyid Sa‘id al-Hakim,” expressed Dr. Morrow in religious awe. “Those prayers were, by far, the most filled with blessings that I have ever experienced. One prayer behind the Grand Ayatullah is like one million behind an ordinary righteous leader.”

After the prayers were completed, the Ayatullah invited Dr. Morrow to sit next to him. Dr. Morrow gently shook his hand, and sat closely, yet humbly, by his side. The conversation that took place was unusually long as meetings with Ayatullahs are typically brief, sometimes limited to a simple salutation and blessing, or, at most, the answering of a single question or the granting of a word of advice.

Ayatullah al-Hakim was eager to learn about Dr. Morrow’s journey to Islam. He learned that he was of French Canadian and Native American ancestry and that he had embraced Islam over thirty years ago, at the age of sixteen, after reading, among other works, an English translation of the Qur’an. As the Ayatullah observed,

“We have people in this country who were born into Muslim families and raised as Muslims. However, there is nothing Muslim about them. You, however, came into Islam without ever meeting a Muslim. You learned Islam by the book. Allah opened your heart to Islam.”

“I wish to offer you a gift,” said Dr. Morrow, handing Ayatullah al-Hakim a copy of The Covenants of the Prophet Muhammad with the Christians of the World. He contextualized the famous work as follows:

“There was a great Sunni scholar by the name of Dr. Muhammad Hamidullah. He gathered all of the letters, treaties, and covenants of the Prophet Muhammad, peace and blessings be upon him and his family, in a work titled al-Watha’iq. There was another great Shiite scholar by the name of Ayatullah Ahmadi Miyanji, who expanded the collection to include letters, treaties, and covenants found in Shi‘ite sources along with his commentary. The work, as you know, is Makatib al-Rasul.”

The title of the book was repeated by several senior scholars in choir, as they shook their heads in acknowledgement, and smiled. “This book, The Covenants of the Prophet Muhammad with the Christians of the World, continues the research of Ayatullah Ahmadi Miyanji. It is a weapon against the Takfiris.” The Grand Ayatullah proceeded to give Dr. Morrow a long list of advice and prayers for success.

When Sayyid Salih al-Hakim asked Dr. Morrow about his impression of Ayatullah al-Hakim, Dr. Morrow described him as awali salih, a righteous friend of God, who was kind, humble, gentle, intelligent, wise, open-minded, learned, and pious. “The Ayatullah radiated light,” mentioned Morrow. “I could literally see rays coming from his eyes. The man was surrounded by an aura of sanctity. He emanated holiness.”

Nearly a week later, the day of his departure, and his return to the West, Dr. Morrow was advised that the Ayatullah sent him his best salutations. “Although I leave the Ayatullah behind, I will carry him in my heart,” said Dr. Morrow as he headed back home.