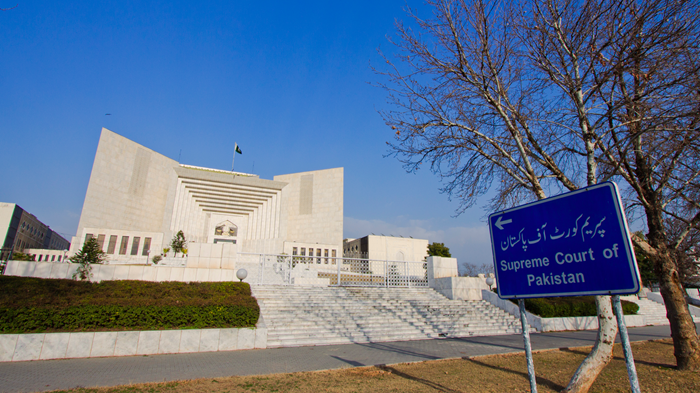 Christians esteem the biblical progression of covenants—Abrahamic, Mosaic, Davidic—finalized by Jesus as he ushered in the New.

But for the sake of religious freedom in the Muslim world, should they embrace a further covenant: Muhammadian?

After eight long years on death row, Bibi was acquitted of blasphemy by the Muslim nation’s Supreme Court in late October. The Christian mother of five had been sentenced for uttering contempt for Muhammad, the prophet of Islam, while attempting to drink water from a well.

The three-judge panel ruled that contradictions in accuser testimony and Bibi’s forced confession by a local cleric rendered the charges invalid.But in the official court document, one justice went as far as to partially base his judgement on how Bibi’s accusers violated an ancient covenant of Muhammad to the Christian monks of Mount Sinai—“eternal and universal … not limited to [them] alone.”

“Blasphemy is a serious offense,” wrote judge Asif Khosa, “but the insult of the appellant’s religion … was also not short of being blasphemous.”

He referenced a 2013 book by John Morrow, a Canadian convert to Islam. The Covenants of the Prophet Muhammad with the Christians of the World is an academic study of six treaties commanding the kind treatment of Christians, reportedly dated to the seventh century.

Each similar in scope, they command Muslims not to attack peaceful Christian communities, to aid in the construction and repair of churches, and even to allow self-regulation of tax payments.

It is “nothing short of providential,” Morrow wrote, that they have been “rediscovered” at a time of widespread Islamist violence against the Christians of the Middle East.

“For Muslims, it means a wake-up call, an awareness that they have deviated from the Islamic tradition,” Morrow told Patheos, the religion and spirituality website.

“[It] requires that Muslims not only tolerate Christians, but love them as their brothers and sisters.”

This resonates with Mustafa Akyol, Turkish author of Islam Without Extremes: A Muslim Case for Liberty.

“The Supreme Court of Pakistan must be congratulated,” he said. “Both for saving Asia Bibi from execution, as well as taking great pains to explain why this was the right Islamic thing to do.”

But the senior fellow at the Cato Institute also gave two serious challenges for the treaties in Covenants. Some experts dispute their authenticity; and most Muslims are unaware of them.

“Yet to me, these covenants look convincing, at least in their general spirit,” said Akyol, “because they resonate with ecumenical themes already in the Qur’an.”

Islam’s holy book calls Christians the closest of all people to Muslims, with a direct call for the protection of synagogues, churches, and monasteries.

Professor Mustafa Abu Sway of Al-Aqsa Mosque and Al-Quds University in Jerusalem said Muhammad made agreements with many Christian communities. He celebrates especially how the prophet received delegates from Najran (near the border with Yemen), hosting them in his mosque.

Covenants claims to rediscover the full text. Evaluation of any ancient manuscript involves the textual criticism principle that the shorter are likely the most authentic, said Abu Sway; however, he found Morrow’s findings to be genuine in spirit to others from Muslim history. The Pact of Omar is a well-known example, signed with the patriarch of Jerusalem in 638.

It is cited today as a mark of coexistence by the current Greek Orthodox patriarch of Jerusalem, who also offered appreciation to Morrow.

“As our Middle East region passes through its contemporary plight, we commend your efforts to foster peace and reconciliation,” wrote Theophilos III in his official book endorsement. “We offer you wishes for success in sharing your positive message.”
Should other Christians do the same?

If Akyol raised two issues, Wilson Chowdhry of the British-Pakistani Christian Association raises a third: It may not make much difference.

Ever since the Bibi verdict, Pakistan has been awash in protests by extremist Muslims demanding her death—and that of the judges who acquitted her. Many local Christians—who make up less than two percent of a population of more than 200 million—refuse to speak to the media for fear of retribution, reported CNN.
Bibi remains in protective custody as asylum requests are considered.

“With the current situation in Pakistan,” said Chowdhry, “they may say they follow these agreements, but it will have little bearing on the human rights of Christians.”

For example, he cites how the Movement for Solidarity and Peace has calculated that up to 700 Christian girls have been kidnapped and forced into Islamic marriage every year.

In the ruling acquitting Bibi, chief justice Mian Nisar wrote that 62 people have been murdered following blasphemy accusations, before their cases could even come to court.
But from Jordan, even a famed fundamentalist has questioned the Pakistan case.

Bibi’s argument with her accusers started when they refused to drink water from a Christian hand. This is against the practice of Muhammad who freely ate with Jews, said Abu Muhammad al-Maqdisi in Amman, who according to a report by West Point’s Combating Terrorism Center is the leading Salafi-Jihadi theoretician in the world.

Christians are free to state their differences in doctrine, said Maqdisi, who has interceded privately for several taken captive by Syrian rebel groups out of what he calls his love for Muhammad.

“But if there is a lack of respect, then the case is different,” he said. “Not every sentence is execution. Some only entail punishment.”

And despite acquitting Bibi, the Supreme Court verdict also upheld the duty of the state to prevent blasphemy and confirmed that capital punishment is consistent with Islam.

For Chowdhry, who linked positively to the covenant with Sinai monks while offering greetings on Muhammad’s birthday, this demonstrates the problem.

“Paul appealed to Caesar, so there is a benefit in knowing what your rights are wherever you may live,” he said.

“But in an effort to secure an ostensibly safer environment, the religious freedoms of Christians are still clearly being governed by Islamic traditions.”

And for some Western experts, Covenants is shoddy scholarship of traditions invented to begin with.

The book is “pious propaganda,” said Mark Durie, an Anglican pastor from Australia with a doctorate in Qur’anic theology. “I don’t know of any serious scholar who believes [these texts] are genuine.”

He believes they were produced by Christian communities angling for better treatment by Muslims.

For example, Muhammad had no contact with the tribes of Sinai when the covenant with St. Catherine’s monastery was supposedly composed. The stipulations better reflect concerns from later Egyptian history when Christians were persecuted and prevented from repairing churches.

Another curious note from the alleged recovered covenants: Why would a community of monks receive a promise of religious freedom for Christian women who marry Muslims?

“It is the survival strategy of a victim to praise the abuser and become an apologist for his better side,” said Durie. “There is no true freedom in making up stories about Muhammad; only proof of bondage.”

Authentic or not, Mitri Raheb, former president of the Synod of the Evangelical Lutheran Church in Jordan and the Holy Land, said the covenants reflect how certain Muslims in certain contexts did treat Christians positively.

“But many Christians and Muslims today, including myself, strive for a society based on equal citizenship—and nothing less than that,” he said, critical also of recent legal developments in Israel.

But this form of citizenship might not be the objective of Morrow, who has poured his life into Covenants and its 400-plus pages, researching and documenting ancient texts to strengthen Muslim-Christian relations.

He longs for an alliance against secularism, and aches for oppressed Christians. But at the same time, Morrow praises the ideals of Islamic governance and the example of Hezbollah and the Ayatollah Khomeini.

Should the church nevertheless come alongside him, and help spread awareness of Islamic interpretations that encourage tolerance, educating Christian and Muslim alike?
Chowdhry has other priorities.

“As Christians, we do not need to encourage this worldview,” he said, focusing instead on love toward God, neighbor, and enemy.

“The persecuted church needs help from their brothers and sisters in Christ more than they need to normalize the traditions of another faith.”

But what if these traditions can free a wrongfully convicted believer, and quiet the crowds calling for her blood?

Akyol said the solution is internal.

“The antidote to such bigotry, among whose victims Asia Bibi is only one, must come from Islam itself,” he said.

“The Supreme Court of Pakistan just showed us an example.”

Additional reporting by Philip Madanat, an evangelical researcher in Jordan.