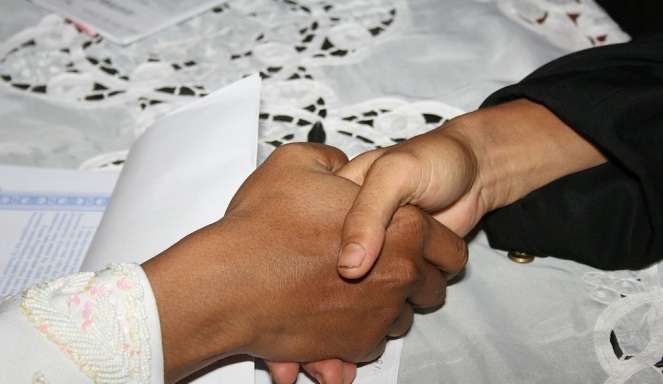 An important article in The News International was published today. It touches on whether Muslims should greet Christians with Merry Christmas and Happy New Year. The author of the piece, Aijaz Zaka Syed, was taken aback by the convoluted logic that Muslims are “aping the West” by sending warm greetings to Christians. Syed claims that the argument against Christian greetings is steeped in ignorance about Islam’s strong affinity with Jesus, and that it is betrays tolerance – a vital part of the Islamic faith.

Addressing Muslims, Syed writes: “How many of us know that there are as many as 71 verses in the Quran praising Jesus?… The Quran also says that Jesus performed miracles…[and] the Prophet [Muhammad] always had a special relationship with him, talking about him with great fondness.”

Syed also points to 615 CE, when Prophet Muhammad turned to Christians for protection for his persecuted followers in Abyssinia, present day Ethiopia. King Negus firmly stood with Muslims, rejecting all entreaties by the Meccans to throw out the asylum seekers. This was something that Prophet Muhammad never forgot. When Islam swept across Arabia and beyond, Muhammad extended the same protection to all Christians in his midst.

I came across Syed’s important article because it discusses my Huffington Post article on the very first example of Christian-Muslim dialogue in 631 AD, when Prophet Muhammad hosted the Christians of Najran inside the Nabawi mosque. Syed writes: “Considine, a Christian scholar, has repeatedly argued that unlike the modern concept of tolerance, the Prophet believed in genuine pluralism and practiced it in his interaction with all non-Muslims.”

In conclusion, Syed argues: “Given this remarkable history, isn’t it odd that today even a harmless exchange of greetings with Christians or for that matter with any community is frowned upon? Since when and why have we become so rigid and small-minded in our ways? Certainly Islam and its Prophet do not sanction such intolerance. Our faith cannot be so fragile and insecure that it feels threatened every time we exchange greetings with followers of other faiths.”