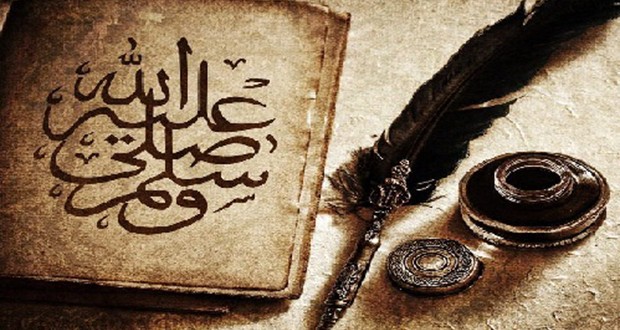 SHAFAQNA – Radicalism, terrorism, Wahhabism, Salafism, takfirism … for well over a decade now those words and concepts have been thrown at the public to explain the rising terror which has gripped communities across the world, and disappeared millions to its insane dogmatism.

But what is this Terror of many names? What animates its arms, and more importantly of all, why has it claimed itself of Islam when its armies have done nothing but slain the innocent, outlaw Islam’s religious pluralism and called for a grand religious genocide?

While I will not pretend to have any monopoly on the study of Terror, this evil which is expressed by such entities as Daesh, the Taliban, al-Qaeda and its other sisters in ignominy, I will however position that Wahhabism – the dogmatic abomination Muhammad ibn Abd al-Wahhab, a follower of Ibn Taymiyyah, the heretic scholar, spoke into existence in the Hijaz in the 18th century, sits a cornerstone to this new radical powerhouse.

Terror today has dressed itself with a religious cloak, hugged wealthy powers, and coerced military complexes so that its house, its belief system and its political gravitas could be asserted, a king over nations – and by the blade rule a tyrannical injustice.

Terror we ought to realise was engineered to rise a plague over nations. Hordes of radicals did not just manifest into existence … and no I’m afraid I will have to disappoint Islam’s most fervent critics, Islam as a faith, has nothing to do with this aberration Saudi Arabia calls puritanical Islam.

Although Wahhabism has been most vocal in its recitation of the Quran, its grasp of religious texts, and the wisdom they contain is none existent. In all fairness, any parrot can learn to recite … true faith and enlightenment require both discipline and devotion – qualities Wahhabism has viewed as redundant.

Islam’s traditions call for measure and compassion, knowledge and wisdom, tolerance and humanity. To become a scholar of Islam one needs to study and learn in the tradition of the Prophet Muhammad to then act in accordance with his teachings. Everything Wahhabism has stood for, spoken and enacted has been a negation of the Scriptures, a rebellion against God’ s command and a violence upon man.

Wahhabism has trained a clergy to its own furious and intolerant image so that communities would learn to live in fear, oppression and rejection of those they view as different.

Islam came not to reject but reaffirm the traditions which prophets spoke since time immemorial. Islam commanded for Justice to become the matrix upon which society is weaved around so that free will could become man’s crown.

How can Wahhabism claim such a tradition when it has proven unable to hold to its tenets? Prominent scholar Dr. John Andrew Morrow, the director of the Covenants Initiative, traces the very concept of takfirism – the legal killing of all those deemed to be in a state of apostasy, to Wahhabism.

“Abd al-Wahhab denounced all Muslims in opposition to its ascetic and reductive interpretation of the Islamic Scriptures, arguing that their deaths were not only permissible but desirable, should Islam be reclaimed pure,” Dr Morrow stressed in an interview.

The founder of Wahhabism held that no “real” Muslims should ever honour the dead, saints or angels. Such sentiments, he argued, detracted from the complete subservience one must feel toward God and only God.

“Those who would not conform should be killed, their wives and daughters violated, and their possessions confiscated,” Abd al-Wahhab advised, encapsulating in one stroke of the pen Daesh’s morbid agenda against all religious communities in the Middle East.

The list of apostates meriting death included, Christians, Jews Shiites, Sufis, Yazidis, and all other denominations in between – all those Abd al-Wahhab labelled as being inherently un-Islamic, and thus worthy of punishment.

In its absolute rejection of pluralism and religious freedom Wahhabism is denying the very principles the Prophet Muhammad inscribed in the Covenant of Medina – the Constitution of Islam. “The Ummah (community) of Muhammad peace and blessings be upon him was pluralistic … If the Covenant of Madinah is our Constitution, then the Covenants of the Prophet are our Charter of Rights and Freedoms. These foundational civilizational documents enshrine the rights to life and liberty as well as freedom of conscience, belief, and religious practice. They protect people from religious coercion. They protect all religions, religious institutions, and religious leaders. They encourage the members of the Ummah, Jews, Christians, and Muslims, along with members of other faith communities, to love and respect one another. If the Ummah created by the Prophet, peace and blessings be upon him, looks like a utopia, the current system in most Muslim-majority nations, including Saudi Arabia, looks like a dystopia,” said Dr Morrow.

For centuries Wahhabism has darkened skies and suffocated hopes for a dignified future. Raised on the word of a fanatic, men of violence have carved a path of blood and suffering into the Middle East so that the tradition of the Prophet Muhammad would be disappeared. Osman Ibn Bishr Najdi, the historian of the first Saudi state, diligently recorded how Ibn Saud, the forefather of the House of Saud, committed a massacre in Karbala in 1801 in the name of Wahhasbim. He proudly recalled: “We took Karbala and slaughtered and took its people (as slaves), then praise be to Allah, Lord of the Worlds, and we do not apologize for that and say: And to the unbelievers: the same treatment.”

In his 2001 book, “Rise and Fall of the Hashimite Kingdom of Arabia,” Joshua Teitelbaum recalls how in 1803, Ibn Saud raided the holy city of Medina before entering Mecca as a conqueror. He detailed how Islam’s holiest city surrendered under the impact of terror and panic and how in both occasions Wahhabis demolished historical monuments as well as the tombs and shrines locals held in veneration, laying waste Arabia’s religious heritage on account of bigotry.

Since, Islam’s religious heritage has been reduced to a whisper … under the influence of radicals Islam’s past, and memory have been violated, burnt down, boarded off and altogether looted. From the ruins of al-Baqee cemetery in Medina where Islam’s greatest personality lay to rest, to the mosque of the Prophet Muhammad, there is no door, and no poison Wahhabism will not break down and spread.

Beyond the insanity which is Wahhabism and its devilish declaration of faith, lies one insult which most of all need to be addressed, if not immediately redressed: al-Saud’s claim of Custodianship over Islam.

Need I remind readers that Wahhabism has labelled Shia Islam an abomination for it remained loyal in its allegiance to AhlulBayt and the Prophet’s command in Ghadeer Khumm, to look upon Imam Ali and his progeny after him as the appointed Guardians of Islam.

The legitimacy al-Saud has denied al-Muhammad, they have ambitioned to acquire for themselves … all irony is lost when we consider the rivers of blood such arrogance has created.