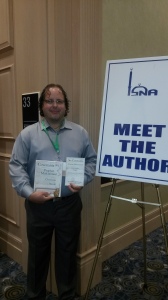 SHAFAQNA – Prominent author and Islamic scholar shared with Shafaqna the transcript of the speech he delivered at the ISNA on September 5th, 2015.

The Covenants of the Prophet Muḥammad with Christians of the World is the story of a journey. It is very much the story of a quest: a search for the Scrolls of Hope; a voyage of discovery and rediscovery which provides unparalleled insight into primordial Islam and the living legacy of the Messenger of Allah, ṣallahu ‘alayhi wa sallam.

Alḥamdu wa shukralillāh I was exposed to the Ashtīnāmeh, the Covenant of the Prophet Muḥammad with the Monks of Mount Sinai immediately upon embracing Islam, nearly thirty years ago, and professing the sweetest and most spiritually sublime words I have ever uttered, the shahadah of lā ilaha illā Allāh / Muḥammadan Rasūl Allāh.

Consequently, along with the Qur’ān and the Constitution of Medina, the Ashtīnāmeh represents the fundamental foundation of Islam.

The Covenants of the Prophet Muḥammad with the Christians of the World take us, not only to the early days of Islam, but the days before the rise of Islam, when Muḥammad, a caravan leader, used to travel the Middle East, extensively, making journeys throughout Arabia, to the Yemen, to the Sinai, to Egypt, to Palestine, to Syria, to Iraq and Persia, and perhaps as far as Abyssinia and Armenia… This is well documented in the works of early Muslim and non-Muslim historians.

We all know, from our books of ḥadīth and sīrah, from our books of prophetic traditions and history, that Muḥammad, before he received revelation, was known as al-Amīn, the Trustworthy, throughout the Ḥijāz. However, few of us are aware that his reputation extended far beyond the reaches of Arabia where he was known, respected, and loved by Christian patriarchs, abbots, bishops, priests, and monks.

One such Christian, who was the friend of Muḥammad, was the abbot of St. Catherine’s Monastery in the Sinai. One day, when Muḥammad, who was still a young man, was resting in front of the monastery, an eagle appeared. This eagle, which circled mysterious around the young man, intrigued the abbot. He knew that the Angel Gabriel could take the form of an eagle. This is confirmed in our books of ḥadīth.

The abbot concluded that this was a sign that Muḥammad would grow up to be a wise and powerful leader. Consequently, he invited him into the monastery, treated him with the utmost hospitality, and asked him for a letter of protection.

Muḥammad, who had no power or wealth, asked: “How can I protect the monastery when I am but a poor orphan?” The abbot, just like Baḥīrā the Monk in Syria, foretold that Muḥammad would become a mighty leader. “How can I grant you a letter of protection if I cannot write?” asked Muḥammad. “Just give us your word,” said the Abbot. He then gave him a parchment and a bowl of ink. Muḥammad soaked his hand in the ink, and stamped the paper with his palm print, and said: “My word is my bond.”

The years passed and word reached the monastery that Muḥammad had received revelation, that he had been persecuted for a decade, and that he had finally had established an Islamic State, the real one, the true one, and not that fake, bogus, corrupted, and perverted aberration now rearing its hideous head in Syria and Iraq.

Let it be known as it has been shown, that the war criminals in questions are not part of Ahl al-Sunnah wa al-Jama‘at. On the contrary, they have broken from the Jama‘at, turned against the Jama‘at, they have made takfīr of the Jama‘at, and everyone else for that matter; they have corrupted the Qur’ān, soiled the Sunnah, and spit on the Sharī‘ah.

Let me regain my composure and return to raḥmat al-‘alamīn, Muḥammad Rasūl Allāh wa Ḥabīb Allāh, the man who was sent as a mercy, and not a terror, to all the worlds.

The monks organized a delegation and headed off to Medina. There, they met the Messenger of Allah, ṣalawāt Allah ‘alayh, and reminded him of the promise of protection that he had made. He said: “I remember my promise, and I fully intend to fulfil it.” He then dictated a charter of rights and freedoms to his cousin ‘Alī ibn Abī Ṭālib; had it witnessed by his companions; and bid the monks farewell. The charter was placed in the monastery. It remained there until 1517 when it was taken to the Treasury in Istanbul by Sultan Selim who granted the monks a notarized copy.

The Ashtīnāmeh is not the only Covenant of the Prophet. The first covenant of the Prophet was the Constitution of Medina which granted protection to all the inhabitants of the Ummah, including Muslims, Jews, and even polytheists. Yes, the Prophet protected the mushkrikīn who were allied with the Muslims. When the Messenger of Allah, peace and blessings be upon him arrived in Medina, the Muslims only numbered in the hundreds; half the town was pagan and half the town was Jewish. However, he was embraced by all parties as a peace maker and conciliator.

These Muḥammadan Covenants, which were found in ancient churches, monasteries, and mosques around the Middle East, are so similar in content, style, language, and witnesses, that they can only conceivably have been authored by the same man: Muḥammad, the Messenger of Allah, ṣalawāt Allāh ‘alayh.

The Covenants of the Prophet, peace and blessings be upon him, grant the People of the Book, Jews and Christians, freedom of belief and freedom of religious practice. They protect places of worship: churches, monasteries, and synagogues. Not only must Muslim protect these religious sites, they must help maintain them. The Covenants of the Prophet prohibit conversion by force or any compulsion in matters of religion. While the Covenants permit Muslim men to marry Christian women–marry them, not rape them–they forbid Muslim men from coercing their Christian wives to embrace Islam.

While many Muslims are unfamiliar with the Covenants of the Prophet, ‘alayhi ṣalawātu wa sallam, they are well documented, and have been transmitted consecutively by both Muslims and Christians over the past 1400 years. In fact, they were renewed by the four rightly-guided Caliphs, raḍī Allāhu ‘anhum, may Allah be pleased with them, and most of the Umayyads, the ‘Abassids, the Mamluks, the Ayyubids and the Safavids, all the way down to the last of the Ottoman Caliphs, a mere hundred years ago.

It is our duty as Muslims to familiarize ourselves with the Sunnah of our beloved Prophet, ‘alayhi ṣalawātu wa sallam. This includes not only Ḥadīth, but also Tarīkh or history as well as the Wathā’iq; namely, the letters, treaties, and covenants of the cream of humanity, the peak of spirituality, the perfect human being, and the proof of Allah for all creation: Muḥammad ibn ‘Abd Allāh, the Prophet and Messenger of Allāh, may countless blessings be showered upon him and may Almighty Allah grant us his company in the ākhirah or the Hereafter.

I invite you to join me on this journey of discovery and rediscovery.

Let’s us revive the Covenants of the Prophet Muḥammad, ṣallahu ‘alayhi wa sallam, and show the world the true teachings of Islam; a religion of justice; a religion of compassion; and a religion of love for God and all of humanity.

I send you my most sincere salaams.